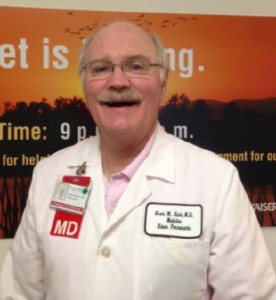 Dr. Keck will describe the inner workings of our $2.7 trillion U.S. health care system. It is costly and gets only average outcomes as a result of how the dollars flow. Dr. Keck expects the tipping point to come soon after the Affordable Care Act begins.  There will be huge opportunity for required re-engineering and innovation when this happens. We live in interesting times.

Dr. Keck received his B.S. in Civil Engineering from UCD in 1970, his M.S. in Materials Science Engineering from UC Berkeley in in 1971, and finally obtained his M.D. from UCD’s Medical School in 1975. He then completed a residency in pediatrics at the Los Angeles Children’s Hospital, followed by a second residency in internal medicine at UCD. After completing his residencies, Dr. Keck worked as a primary care physician at the Woodland Clinic Medical Group for 3 years, after which he joined the Permanente Medical Group in Sacramento, practicing both inpatient and outpatient internal medicine for several years. In 1999, Dr. Keck became the Chief Medical Officer at the Permanente Medical Group and Providence Health Plans. Today, Dr. Keck works as a palliative care physician as well as in the emergency department at the Permanente Medical Group in Roseville and Sacramento.