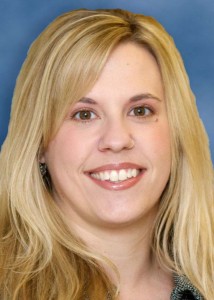 It is well known that sympathetic activity, which occurs in response to emotional or physical stress, can lead to lethal cardiac arrhythmias. At the level of the single cardiac cell, the pathways by which sympathetic stimulation triggers spontaneous action potentials are well defined. However, these pathways do not directly translate to the tissue or whole-organ level. Strong electrotonic coupling between neighboring myocytes in the whole heart prevents spontaneous action potentials occurring in one cell from significantly depolarizing the surrounding myocytes. The mechanisms by which groups of myocytes synchronize to initiate arrhythmia in the whole heart remain unknown. Using high-speed dual optical imaging of transmembrane potential and intracellular Ca2+ dynamics, we have demonstrated that localized sympathetic stimulation can synchronize spontaneous action potentials across thousands of myocytes to trigger arrhythmia in the intact heart. This talk will provide an overview of the role of the sympathetic nervous system in normal and abnormal cardiac function and the mechanisms by which sympathetic dysfunction can lead to lethal cardiac arrhythmias.