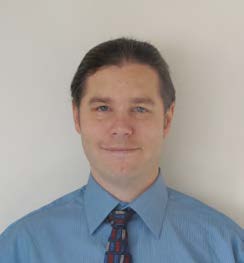 Even genetically identical cells in the same environment can exhibit wildly different behaviors due to spatial, temporal and stochastic fluctuations. Often labeled “noise,” these fluctuations were previously considered a nuisance that compromised cellular responses, complicated modeling, and made predictive understanding all but impossible. However, if we examine these fluctuations more closely through the lens of new experimental and computational techniques, we actually discover a powerful information resource. Different cellular mechanisms affect these cellular fluctuations in different ways, and the resulting “fluctuation fingerprints” can help us to identify new properties of hidden cellular mechanisms. Understanding these fluctuations (or “Listening to the noise”) requires a strong integration of single-cell measurements with stochastic analyses. I will discuss a few key examples where we have used such integrated tools to gain predictive understanding of natural and synthetic transcriptional regulation pathways in bacteria and yeast. In these case studies, I will show how we generate large numbers of different model structures and then use parameter estimation and uncertainty quantification analyses to determine the best model with the greatest predictive capability. I will discuss how these models yield new insight into biological dynamics, illustrate how these models can be used to predict transcriptional responses in new conditions, and comment on the use of such models to help optimize or control gene regulatory behaviors.

Brian Munsky is a Richard P. Feynman Distinguished Postdoctoral Fellow in the Theoretical, Computer, Computational and Statistical Sciences, and Bioscience divisions at Los Alamos National Laboratory. In a past life, he studied helicopter dynamics and noise and earned his B.S. and M.S. degrees in Aerospace Engineering from Penn State in 2000 and 2002. Now he studies biological `noise’. He earned his Ph.D. in mechanical engineering at the University of California at Santa Barbara, where he modeled the stochastic behavior of gene regulatory networks. At UCSB, Brian developed the Finite State Projection approach to solve the chemical master equation and applied this approach to predict the single-cell dynamics of a stochastic epigenetic switch in E. coli. His dissertation was awarded the 2007-2008 best Ph.D thesis award for the UCSB Department of Mechanical Engineering. In his postdoctoral studies at LANL on the integration of discrete stochastic analyses with single-cell and single-molecule experiments, he has published several influential articles, including one in Molecular Systems Biology, which was awarded the 2009-2010 Leon Heller Postdoctoral Publication Prize in Theoretical Physics, as well as 2012 articles in Science and Nature Biotechnology. In addition to his research, Brian is the main organizer of the internationally recognized q-bio Summer School, an annual three-week course in New Mexico (and now with a second branch at UC San Diego) on predictive modeling in the biological sciences.