Near-infrared spectroscopy (NIRS) based optical imaging systems have been widely used in functional brain studies as a noninvasive tool to study changes in the concentration of oxygenated hemoglobin (oxy-Hb) and deoxygenated hemoglobin (deoxy-Hb). Based on the NIRS technique, Drexel University’s Optical Brain Imaging team has developed a functional brain monitoring system (fNIR) to assess cognitive activity of healthy subjects and patients. The fNIR is a portable, safe, affordable and negligibly intrusive monitoring system which enables the study of cortical activation-related hemodynamic changes under various field conditions. This presentation will provide an overview of applications of the fNIR including human performance assessment, depth of anesthesia monitoring, neuro-rehabilitation, brain computer interface for locked-in patients, mental health applications with special focus on ‘brain-in-the loop’ applications in motor learning and robotic rehabilitation. The audience will be introduced to the Cognitive Neuroengineering and Quantitative Experimental Research (CONQUER) Collaborative which hosts the Optical Brain Imaging team and welcomes all regional, national and international partners dedicated to the research, development, integration, translation, productization and commercialization of functional imaging techniques to monitor human brain activation.

Her academic focus both in research and teaching is centered on information engineering with special emphasis on complex systems and biomedical signal processing in ultrasound and optics. She has led major research and development projects sponsored by the National Science Foundation (NSF), National Institutes of Health (NIH), Office of Naval Research (ONR), DARPA and Department of Homeland Security (DHS). She supervised a large number of graduate students to degree completion and has an extensive publication record in biomedical signals and systems. She is the recipient of a number of faculty excellence awards including the 1990 Lindback Distinguished Teaching Award of Drexel University, the EDUCOM Best educational Software award and the NSF Faculty Achievement Award. She founded the CONQUER (Cognitive Neuroengineering and Quantitative Experimental Research) CollabOrative, an interdisciplinary, multi-institutional and international resource dedicated to the study of brain activation, development and deployment of optical brain imaging technologies in human performance, healthcare, mental health and learning.

Dr. Onaral’s translational research efforts for rapid commercialization of biomedical technologies developed at Drexel and its partner institutions have resulted in the creation of the Translational Research in Biomedical Technologies program. This initiative brings together academic technology developers with entrepreneurs, regional economic development agencies, local legal, business and investment communities. Under her leadership, the program has been awarded the Coulter Translational Research Partnership Endowment. She is currently leading the creation of the regional Health Innovation Partnership-South Eastern Pennsylvania modeled on the ‘Coulter Translational partnership.” The initiative aims to mobilize the academic grassroots and to pool regional resources and assets to commercialize health care solutions.

Dr. Onaral’s professional services include chair and membership on advisory boards and strategic planning bodies of several universities and funding agencies, including service on the National Science Foundation’s Engineering Advisory Board, and on the proposal review panels and study sections. Her professional responsibilities have included service on the Editorial Board of journals and the CRC Biomedical Engineering Handbook as Section Editor for Biomedical Signal Analysis. She served as President of the IEEE Engineering in Medicine and Biology Society (EMBS), the largest member-based biomedical engineering society in the world. She organized and chaired the 1990 Annual International Conference of the EMBS and Co-Chaired the 2004 Annual Conference of the Biomedical Engineering.

She is a Fellow of the IEEE Engineering in Medicine and Biology Society, the American Association for the Advancement of Science (AAAS) and a Founding Fellow of American Institute for Medical and Biological Engineering (AIMBE). She served on the inaugural Board of the AIMBE as publications chair and as Chair of the Academic Council and as the President of the Turkish American Scientists and Scholars Association.

She has actively forged international academic partnerships with institutions in China, Israel, Italy, Spain and Turkey. She participated in the strategic planning team charged with the creation of Sabanci University established in 1998 in Istanbul, Turkey and served on its Board of Trustees. She is currently assisting the rise of regional innovation initiatives, namely INOVIZ, INOVA and INOVIST in Izmir, Ankara and Istanbul, Turkey. In 2000, she led the first Eisenhower Foundation sponsored delegation of Biomedical Engineers to China and helped organize the first Asia-Pacific Biomedical Engineering Conference in Hangzhou. She has been instrumental in the organization of biomedical engineering conferences in China and Turkey, including the Annual International Conference of the IEEE Engineering in Medicine and Biology in Istanbul, Turkey in 2001 and Annual International Conference of the IEEE Engineering in Medicine and Biology in Shanghai, China, in 2005. She has facilitated the development of translational research partnership with the Institute for Drug Research of Hebrew University, Jerusalem, Israel, n 2010 and is spearheading the creation of similar partnerships with the Med-X Research Institute of Shanghai Jiao Tong University, Shanghai, China, Life Sciences R&D Center, Boğaziçi University, Istanbul, Turkey and the National Hospital for Paraplegics, Toledo, Spain. 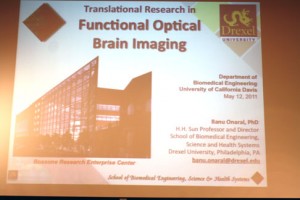 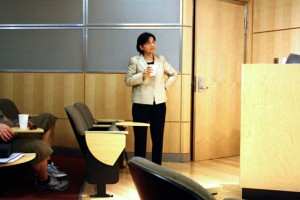 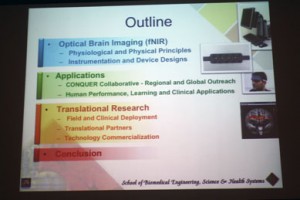 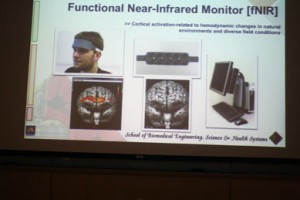 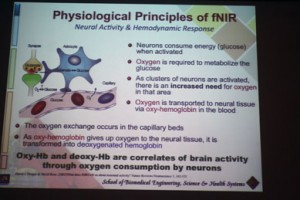 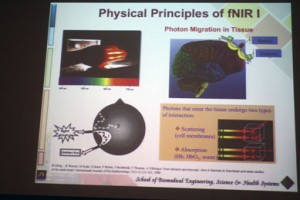 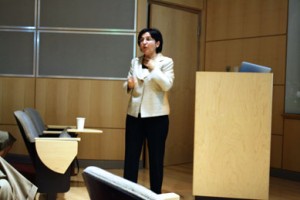