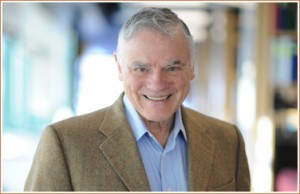 Biomedical Engineering will proudly welcome Dr. Leroy Hood as this year’s Maroney-Bryan Distinguished Lecturer. Dr. Hood is a pioneer in systems approaches to biology and medicine. He and his colleagues developed the DNA sequencer and synthesizer, and the protein synthesizer and sequencer.  These four instruments paved the way for the successful mapping of the human genome. This year the Academy of Engineering honored his pioneering work in systems biology with the Russ Prize, often referred to as the “Nobel Prize of Engineering.”

Dr. Hood received his M.D. from Johns Hopkins School of Medicine in 1964, and his Ph.D. in Biochemistry from California Institute of Technology in 1968. He is President and co-founder of the Institute for Systems Biology in Seattle. Dr. Hood has played a role in founding more than 14 biotechnology companies, including Amgen, Applied Biosystems, Darwin, The Accelerator and Integrated Diagnostics. He is a member of the National Academy of Sciences, the National Academy of Engineering, and the Institute of Medicine, one of only 10 people in the world elected to all three academies. In addition to having published more than 700 peer-reviewed articles, he has co-authored textbooks in biochemistry, immunology, molecular biology and genetics, as well as a popular book on the human genome project, The Code of Codes. He is the recipient of numerous awards, including the Lasker Award, the Kyoto Prize and the Heinz Award in Technology. Dr. Hood has also received 17 honorary degrees from prestigious universities in the US and other countries.

The Biomedical Engineering Department awards the Maroney-Bryan Lectureship once a year to someone who plays a pivotal role in the field of biomedical engineering. The Lectureship is made possible by a generous gift from UCD alumnus John Maroney (B.S. Mechanical Engineering, ’75), and his wife, Sarah Bryan.

Dr. Hood will deliver his lecture Friday, April 15, at 4:00 PM in the Genome and Biomedical Sciences Facility Auditorium (rm. 1005), followed by a reception in the lobby. The event is free and open to the public.  MAP —- Flyer to Print (PDF) 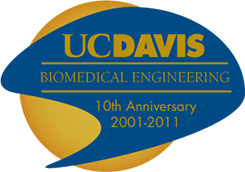