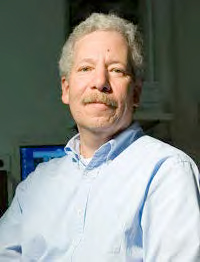 “The Influence of Mechanical and Biological Factors on Bone Formation, Repair and Adaptation”

For more than 100 years, investigators have postulated and provided experimental evidence that local mechanical conditions may substantially influence the geometry, morphology and structural integrity of bone.  While past and continuing studies have advanced our understanding of the mechano-responsiveness of bone, the impact of these mechanical factors on bone metabolic behavior and the mechanisms associated with their actions remain unclear.  What has been clear is that successful strategies for treating or preventing a large number of skeletal clinical conditions may be associated with understanding and even harnessing biomechano-regulation of bone.  The purpose of this presentation will be to provide the results of a series of experiments designed to elucidate the role of mechanical factors of bone formation, repair and adaptation.

In an effort to quantitatively study the influence of local mechanical as well as biologic factors on bone behavior, we utilized several novel in vivo models in which both mechanical and biologic environments were experimentally controlled.  Using a hierarchical perspective, the studies were focused on establishing linkages between boundary conditions at the organ or whole bone level and the cellular and molecular regulation associated with the mechano sensation and response.  The results of these studies demonstrated that mechanical forces play an important epigenetic role in regulating the shape and morphology of bone structure.  Newly regenerated bone is particularly sensitive to applied mechanical conditions, which trigger biologic signaling cascades that are similar to those observed in response to biologic stimulating factors.  Migration, proliferation and differentiation of progenitor cells responsible for the repair of bone appear to be sensitive to local mechanical factors and the repair of accumulated micro-damage in bone tissue may require mechanical stimulation.  Furthermore, many or all of these conditions may be influenced by age.  Taken together, these studies have provided valuable insight into the critical interactions between mechanically and biologically mediated regulation of bone and subsequently have provided direction for clinical interventional strategies.