Pre-vascular microtissues delivered in a microhydrogel injection are better able to lay the groundwork necessary for blood vessels to grow. 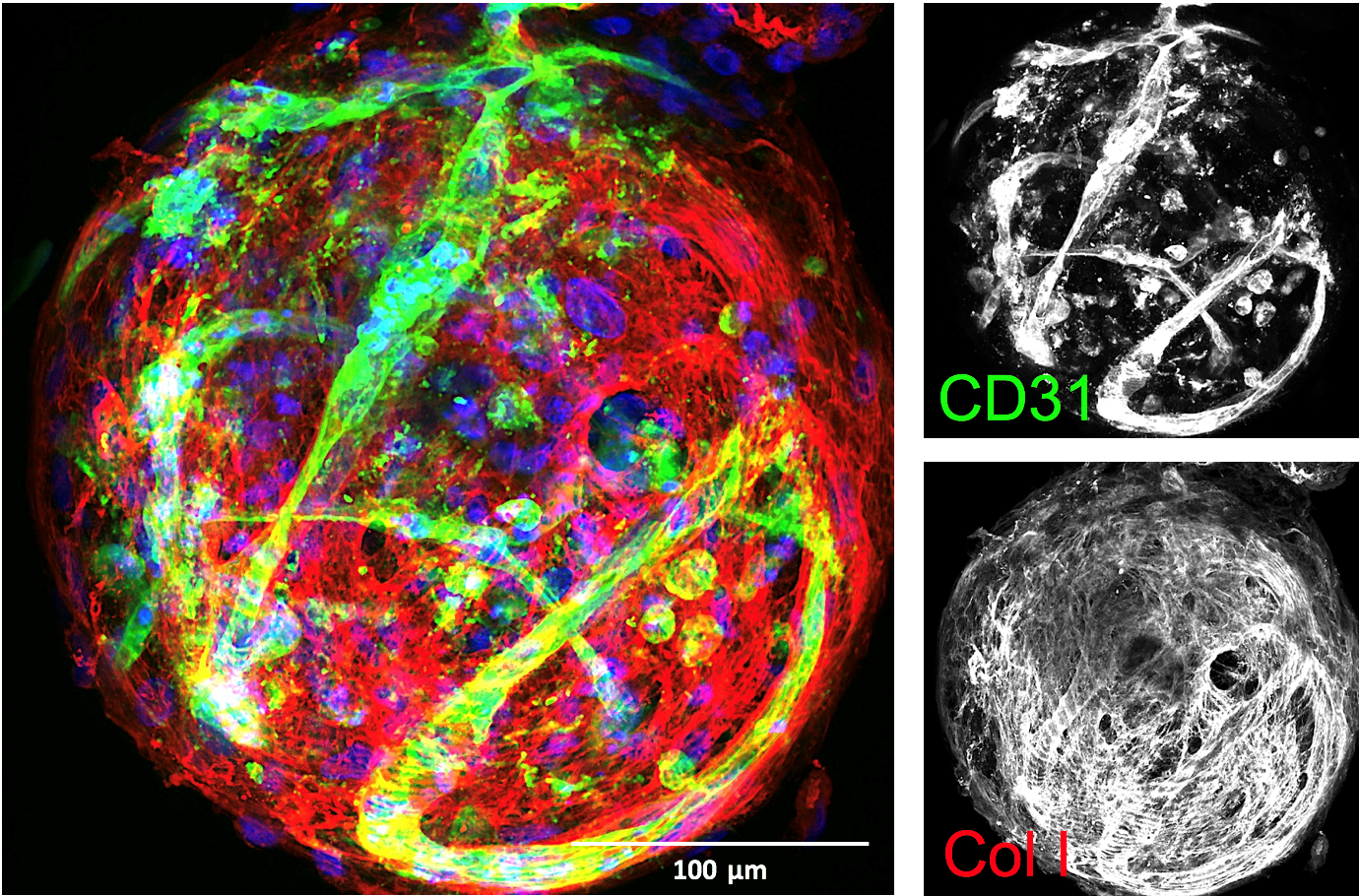 DAVIS, Calif. Nov. 9, 2017  Cell-based strategies are seen as true game changers in the context of ischemic vascular diseases because they aim to cure and not simply to ameliorate these diseases. More than 5,000 clinical trials involving cell-based strategies have been recorded by NIH over the last 10 years in the context of ischemic vascular diseases, but none have demonstrated a significant benefit, despite positive results with animal studies and small-scale clinical studies.

Why has there been such poor correlation between animal studies and clinical trials to date?

Eduardo Silva, an Assistant Professor of Biomedical Engineering at UC Davis, thinks that both engineering and biological challenges have limited the efficacy of cell-based strategies in the clinic.

“One very likely cause stems from the way clinicians have been introducing the cells into our body – either systemic injection of liquid formulations of cells or direct bolus injection into the tissue target. This way of delivering cells represents a huge challenge for the cells given the harsh conditions and barriers that cells need to overcome before being ready to do their job. In fact, poor local retention of transplanted cells and the lack of integration with host vascular network causes the majority of the cells to die within 1 day after clinical administration,” Silva explains.

Bioengineers could play a critical role in finding clues to the disappointing results associated with the cell-based therapies clinical trials. Silva’s research group focuses on developing biomaterial systems that could guide new vascular beds. He says, “I think bioengineers can do it much better!”

In a paper in the Journal Biomaterials, Ana Torres, a visiting graduate student in the Silva Lab, describes the design of a novel injectable cell delivery platform to improve the efficacy of cell-based therapies. Alginate microhydrogels were designed to provide adequate biochemical and biomechanical cues for mesenchymal stem cells (MSC) and outgrowth endothelial cells (OEC) (a vascular progenitor cell population isolated from human umbilical cord blood) to form into microtissues that already contained some of the building blocks for blood vessels.

Microgels primed with the pre-vascular microtissues were better able to lay the groundwork necessary for blood vessels to grow, and they also were able to withstand the shortage of oxygen and glucose encountered in an ischemic environment. The primed microgels also induced the secretion of a large variety of proteins that promote angiogenesis (the formation of new blood vessels) and stimulated the host’s own body to produce extracellular-matrix, a network of cells necessary for the shape and support of structures like blood vessels. The microtissues within the hydrogels also seemed to survive the process of injection into tissue better than cells alone do. Overall, the primed microgels contributed to the establishment of a stable niche for growing blood vessels.

“I think we showed exciting findings, as our results suggest that an integrated approach combining vascular progenitor cells, cell-instructive microgels and adequate in vitro priming may provide the basis for successful cell-based strategies in the context of ischemic vascular diseases. We are looking forward to further validating these systems in more complex animals models,” says Silva.