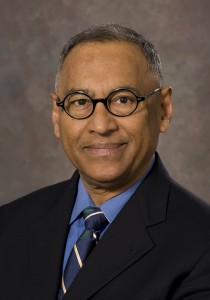 Hari Reddi, Distinguished Professor of Orthopedic Surgery and Member of the Biomedical Engineering Graduate Group, Lawrence Ellison Endowed Chair in Musculoskeletal Molecular Biology in the School of Medicine, has been elected to the National Academy of Inventors. Dr. Reddi has published over 350 peer-reviewed papers and edited four books. He has six patents. He is a pioneer in the field of bone and cartilage regeneration and tissue engineering. He has made sustained and incisive contributions to the Cell Biology of Bone Morphogenetic Proteins (BMPs). BMPs are in everyday use in medical centers all over the world for healing of bone fractures, fusion of vertebrae in spine surgery and craniofacial bone regeneration. BMPs have played a major role in healing of injuries to the skeleton of US veterans in the Afghan and Iraq wars. His honors and awards include Marshall Urist Award for Excellence in Tissue Regeneration, Kappa Delta Award of the American Academy of Orthopedic Surgeons, NIH Director’s award, Nicholas Andry Award of the Association of Bone and Joint Surgeons and JAPSAM prize of the Japanese Society of Science and Art of Medicine, Nagoya, Japan.