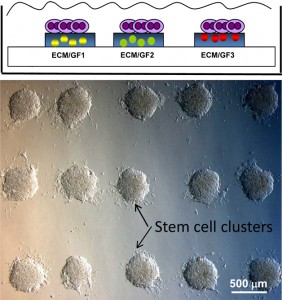 Transplanted liver cells could repair livers damaged by toxins or infections.  Stem cells hold tremendous promise for liver-related therapies because they can grow in a Petri dish to become any cell type, including the liver cells. However, scientists have yet to identify the best reagents to add into the Petri dish to push stem cells to become liver cells.  An expensive and time-consuming process of trial and error guides the discovery of reagents and signals for stem cell differentiation. Now, a team of biomedical engineers led by Prof. Alexander Revzin at UC Davis has found a way to grow liver cells from stem cells more cheaply and effectively than current methods.