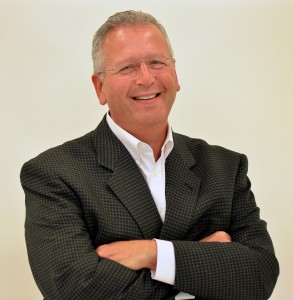 There is a renaissance underway today in research that is being fueled by the DIY (do-it-yourself) culture that is generally referred to as the “Makers Movement”. The maker culture exploits new tools for fabrication and encourages invention and rapid prototyping. Such tools in combination with an innovative mindset will make major impacts in many fields, including in tissue engineering. This lecture will describe breakthroughs in the Makers Movement—including an off-shoot of imprint lithography used to mold individual particles, and a pioneering advance in 3D additive manufacturing that is rapid, continuous and no longer layer-by-layer.

Dr. DeSimone is CEO of Carbon3D, which has developed a new 3D printing technology inspired by the movie, Terminator 2. He is a prolific inventor, serial entrepreneur and eminent scholar. DeSimone is the Chancellor’s Eminent Professor of Chemistry at the University of North Carolina at Chapel Hill, and William R. Kenan, Jr. Distinguished Professor of Chemical Engineering at North Carolina State University and of Chemistry at UNC. DeSimone is also an adjunct member at Memorial Sloan-Kettering Cancer Center.He has published over 300 scientific articles and has over 150 issued patents in his name with over 80 patents pending.

Dr. DeSimone is one of less than twenty individuals who have been elected to all three branches of the National Academies: Institute of Medicine (2014), National Academy of Sciences (2012) and the National Academy of Engineering (2005). He is also a member of the American Academy of Arts and Sciences (2005). DeSimone has received over 50 major awards and recognitions including the 2015 Dickson Prize from Carnegie Mellon University; 2014 Industrial Research Institute Medal; 2014 Kathryn C. Hach Award for Entrepreneurial Success from the ACS; 2013 Fellow of the National Academy of Inventors; 2012 Walston Chubb Award for Innovation by Sigma Xi; the 2010 AAAS Mentor Award in recognition of his efforts to advance diversity in the chemistry PhD workforce; the 2009 NIH Director’s Pioneer Award; the 2009 North Carolina Award; the 2008 $500,000 Lemelson-MIT Prize for Invention and Innovation; the 2007 Collaboration Success Award from the Council for Chemical Research; the 2005 ACS Award for Creative Invention; the 2002 John Scott Award presented by the City Trusts, Philadelphia, given to “the most deserving” men and women whose inventions have contributed in some outstanding way to the “comfort, welfare and happiness” of mankind; the 2002 Engineering Excellence Award by DuPont; and the 2002 Wallace H. Carothers Award from the Delaware Section of the ACS.

Dr. DeSimone, an innovative polymer chemist, has made breakthrough contributions in fluoropolymer synthesis, colloid science, nano-biomaterials, green chemistry and most recently 3D printing. DeSimone is the co-founder of several companies including Micell Technologies, Bioabsorbable Vascular Solutions, Liquidia Technologies and Carbon3D. DeSimone received his BS in Chemistry in 1986 from Ursinus College in Collegeville, PA and his Ph.D. in Chemistry in 1990 from Virginia Tech.