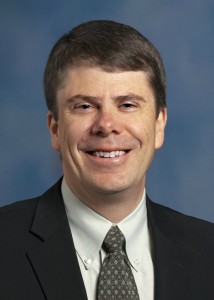 Dr. Cherry has made multiple novel and highly important contributions to research that have had significant professional, economic and social impact. His invention of microPET scanners (1996) and subsequent commercialization by Concorde Microsystems (purchased by CTI, then Siemens) helped launch the now well-established field of small-animal PET imaging. More than 200 microPET scanners have been installed at imaging centers and pharmaceutical companies worldwide and are generating invaluable data on treatments being developed for a wide range of debilitating diseases. Through a series of international conferences he organized (1997-2001), he also became a leader for the growing community of scientists developing and applying preclinical imaging technologies.

His development of first simultaneous PET/MRI scanners in 1997, and preclinical prototypes based on avalanche photodiodes in 2006, demonstrated the feasibility and power of this hybrid imaging technology, helping influence the medical imaging corporations to develop clinical PET/MRI scanners which have recently become available. PET/MRI is now among the most active fields in radiology and has its foundations in more than a decade of work from the Cherry Lab. In 2008, he discovered Cerenkov luminescence (2008), a novel imaging technique allowing visualization of many radionuclides using a light camera. This has opened a whole new sub-field within nuclear medical imaging. Research groups across the world have started programs on Cerenkov imaging and Perkin Elmer now supports and promotes Cerenkov imaging on its IVIS products.

Dr. Cherry has authored more than 225 publications in biomedical imaging, including 173 peer-reviewed journal articles and 20 book chapters. He is also lead author of the widely-used textbook, Physics in Nuclear Medicine. He is a founding member of the Society of Molecular Imaging and an elected fellow of five professional societies. He is editor-in-chief of the journal, Physics in Medicine and Biology. In 2006, Dr. Cherry was invited to give the Henry Wagner Distinguished Lectureship at the Society of Nuclear Medicine annual meeting. He is the 2011 recipient of the Imaging Achievement Award of the Society for Molecular Imaging, among many other top awards in the field. He is currently leading a large multi-institutional team to develop the world’s first true total-body PET scanner that can image the entire human body simultaneously and would permit PET imaging studies to be performed at 1/50th the radiation dose currently used.