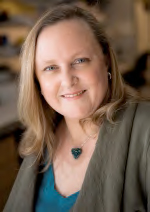 Heart valve disease has devastating consequences for the health and survival of its victims. Valve disease is widely prevalent in our society, with valve replacement or repair in almost 100,000 people in the United States and 275,000 people worldwide each year.  Myxomatous, or “floppy” disease of the  mitral valve alone  affects up to 5% of the population, and calcific aortic valve disease is a major problem associated with  aging, obesity, diabetes, and smoking. The treatment of these conditions represents  substantial  health care costs.  Despite these statistics, the basic biology of heart valves is sparsely studied and barely understood and there are no cures for valve disease other than expensive surgical repairs or replacements, nor any medications specific for valve disease. The focus of my research group is to comprehensively characterize and perturb the valvular tissue and cell phenotypes in normal  and diseased heart valves, as the first major step in finding the causes of heart valve diseases, in identifying the early stages and patients at risk, in developing  drugs for its treatment, and for ultimately reducing the incidence of the disease in the population. In the area of valve disease, we are investigating  mitral valve disease, pediatric valve disease, and calcified aortic valves. These works have defined new areas of investigation into disease  mechanisms,and challenged long-­‐ held beliefs that heart valves do not remodel in response to changes in their environment.  In charting the position and abundance of the various extracellular matrix components as well as the symphony of enzymes involved in their synthesis and degradation, we were able to provide a detailed story of the progression of remodeling  within these  heart  valves. We were  also able to link  these matrix changes to specific types of behavior by the heart valve cells. Our research has also helped to define  the nascent field of valve  mechanobiology and furthermore developed tools such as bioreactors to make these research studies possible. These investigations have covered the distribution  and regulation of extracellular matrix within the valve and how these are governed by the mechanical  loads experienced by the cells  within native valves, engineered valve tissues, or cells grown in 2D cultures. Our in-­‐depth characterization  of valves from different age groups showed that there are profound changes in the composition, tissue mechanics, cell biology, and functional behavior of heart valves throughout life. My research group has also recently begun to investigate issues related to cell source  and smart biomaterial scaffolds  for the tissue engineering  of heart valves. The realization  of such valves would transform the therapeutic options for patients of all ages but perhaps  have the greatest impact on pediatric patients, since  their current best options (replacement of their diseased valve with a bioprosthetic or mechanical valve) are truly sub-­‐optimal and mandate frequent surgeries throughout their childhood.